Hidden Nuggets – The Emotion That Won The General Election

In this short blog we look at the #GE15 Twitter data to understand the value of looking past rational approaches to the emotional, in order to discover fresh insights.

For those of you who aren’t too sure what a hashflag is, it’s a little emoticon that appears beside a particular #hashtag. Twitter create these, and for the General Election they came up with some for the major parties.

Twitter introduced the #ivoted hashflag in the day of the election. This hashtag was used by people who wanted to declare which party they voted for and provided us with some really simple stats. Of the three main parties, Labour were the significant logical leaders.

Interestingly, it is the Greens who are most proud of their vote – 19,200 #ivoted mentions!

In terms of mentions of handles for the two primary leaders, again Labour had the edge.

Ed Miliband followers jumped by 14.5% during the course of the campaign, compared to David Cameron’s 5%.

Net sentiment placed Ed at 51%, 10 points ahead of Cameron.

Since parliament dissolved more people were interested in following Labour than the Conservatives – Labour followers jumped 29,445 jump compared to Conservatives 8,721.

Labour were most active on Twitter with 41,170 statuses across the election period.

In short, the data from Twitter showed that Labour were resurgent during election. This could mean a Labour minority government or worse still a hung parliament – which would mean that another election would have to be called.

When the numbers came through we started to scratch our heads – how could this one get past us? Then we looked at the data through a different lens. What emotions did voters express towards each of the parties and could that shed any light on a potential winner. At Adoreboard our data scientists have devised mathematical algorithms to examine over 20 emotions expressed in tweets such as love, hate, anger, surprise, annoyance and trust.

We looked at the trust emotion expressed, the Conservatives where most trustedacross all UK parties. 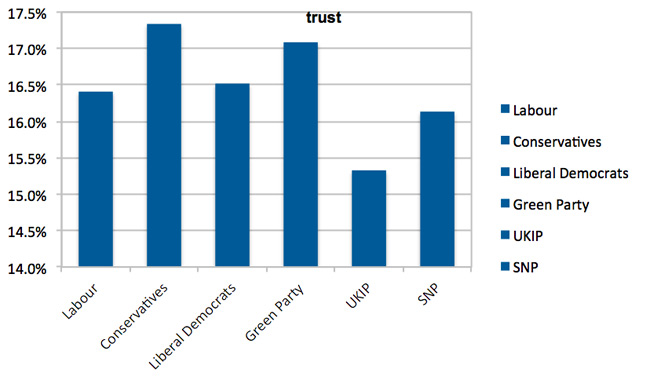 We looked at the disgust emotion expressed, the Conservatives had less disgust expressed around them than Labour. 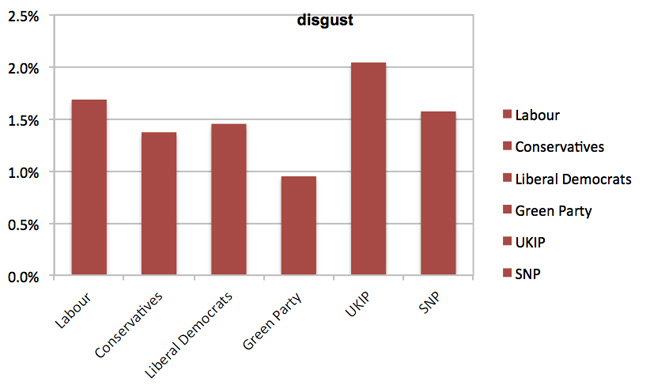 And most people were happy with Conservatives, as seen by the expressions of joy. 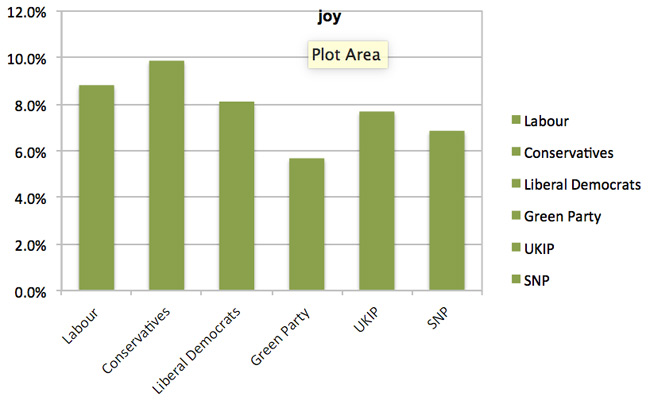 However, Conservatives also were most associated with fear. 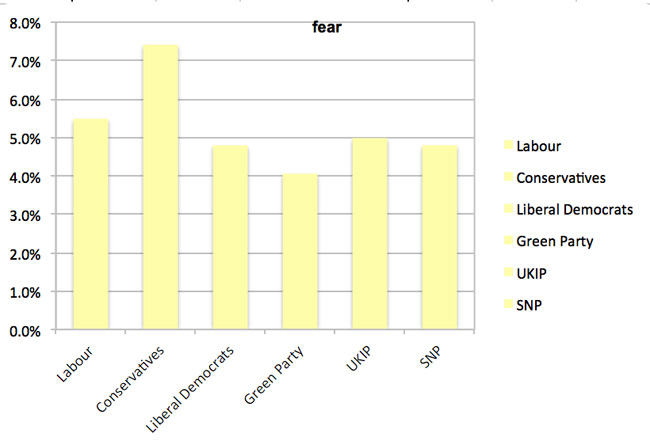 Digging into the associated content, it was clear the Tories were playing the fearcard as a campaign tactic – voicing the risks of placing your vote elsewhere.

We also asked Dr John Garry, Senior Lecturer in Comparative Political Science at Queen’s University, Belfast to explain the narrative of the Conservative campaign so we could understand the context. In summary, the Conservative asking voters to trust them to finish the job, to do anything else would create an uncertain future.

We can see that the Conservative focus on stability and appealing to people’s fear of uncertainty provides a narrative that the future is uncertain so vote for us and we can provide that certainty by completing the job.”

Summary, logical data – pure numbers is helpful to tell you what happened – however, in the case of the election, the logic data point from Twitter indicated a success from Labour. It was only once we looked at the expressed emotion on Twitter that we found the real insight.

Emotional data helps you understand WHY – so looking back on the data we can see that Conservatives were more trusted by the public.