Last week at Adoreboard was a big week.

This was the second round. Our CTO, Fergal, had spent the past few days and last few hours getting his 4 minute presentation down to a tee. Not even leaving his notes in the loos of the Galway train unsettled him. I took the early train down from Belfast, excited that maybe, just maybe, we might do it.

On my way to meet Ferg I ended up in the wrong place, but got there in the end thanks to google maps, capturing a necessary tourist shot en route. The blue dot guided me out of a dodgy part of town and on to my rendezvous point. #thanksGoogle. I’m still baffled that not one taxi driver actually knew where the NDRC (the National Digital Research Centre) was.

Arriving at the venue, we were immediately met with an exhilarating buzz. Walking through the start up hubs we were presented with the stage, lights, camera and action. The ESB Spark of Genius team sure knew how to put on a spectacle. I admit we were a little overwhelmed. But getting there early meant we had time to get used to our surroundings. So it was now a waiting game.

The room was full of entrepreneurs, pitching for their lives with beads of sweat dripping from their brows, words sometimes muddled due to nerves. Some were really engaging, some were a tad scary and some were just bonkers. I loved them all – each and everyone.

As for us, Ferg was first up. He did his thing. A dog barked a warning to us that there was just 10 seconds to go. And that was it. It went well, really well in fact. Ferg covered off all he needed to and was genuinely grateful for the opportunity. He said himself the whole experience was refreshing to be able to tell the Adoreboard story from finance to marketing to product delivery.

A lot of people loved Ferg’s presentation and appreciated what we are trying to achieve here at Adoreboard. The judges asked good questions, the audience tweeted favourably. Getting home about 10pm that evening I was watching my phone intently to see if we made it through to the top three. Sadly we didn’t. News came through about 11.30pm. I was disappointed of course, we both were. But we learned a lot. Not just about the presentation and delivery, but we also got to meet some really inspiring people who wanted to know more about what we could deliver for their organization and who knows what may come out of that.

Back into the office the next day, our global support was real – people were talking about us, people now knew about us and the big result that day was that our sign up campaign was ready to go. 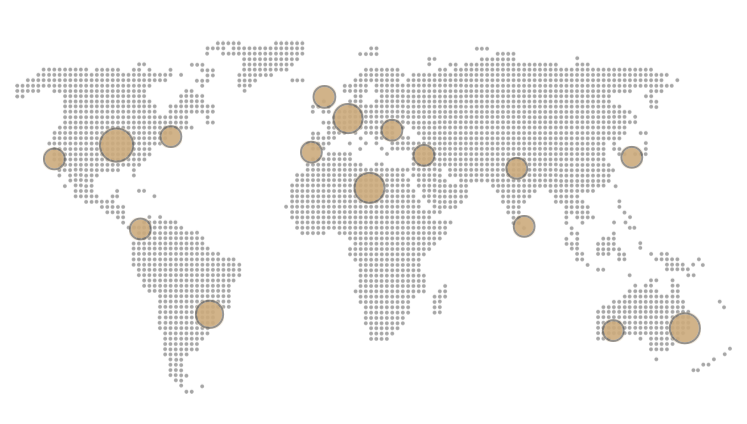 The team were working frantically at getting all in place to push live. We needed templates, words, contacts organised and in place, uploaded and ready to go. From the backend point of view we needed to make sure we were totally set up to receive an influx of sign ups. We were launching our brand metric, the Adorescore to our friends and family – a list that now included those inspiring people we’d met in Dublin. Despite one nervous moment when the team pranked me into thinking there was a typo in the title, all went pretty much according to plan.

Like any start up’s first date with the world, we had a few teething problems with servers and a few bounced emails but we were out of the stalls and waiting… what for we didn’t quite know yet. Sign ups hopefully!

And there you have it. On Saturday morning, we got a tweet telling us Adoreboard was trending on producthunt.com WHAT? thousands of hits to our website and the sign up counter was on the up.

We were in the top five, then we were number one for a while. 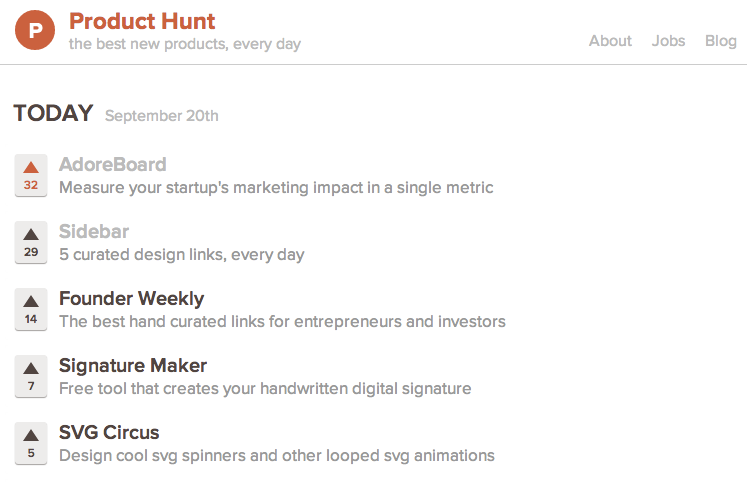 We finished up at number two which for a start up from Belfast, was immense. Our following grew, our mentions grew and that filled our sails come Monday morning to tackle the week ahead… its now Thursday, another week is nearly over.