Adoreboard are very honoured to have been the official partner to the Press Association for their General Elections coverage of Twitter. It’s been an exciting month providing real-time analysis of candidates, parties and the public reaction.

The Twittersphere properly kicked off during the Leaders Debate. Nigel Farage stirred up healthy volume of online debate with responses to accusations of “scapegoating” immigrants. 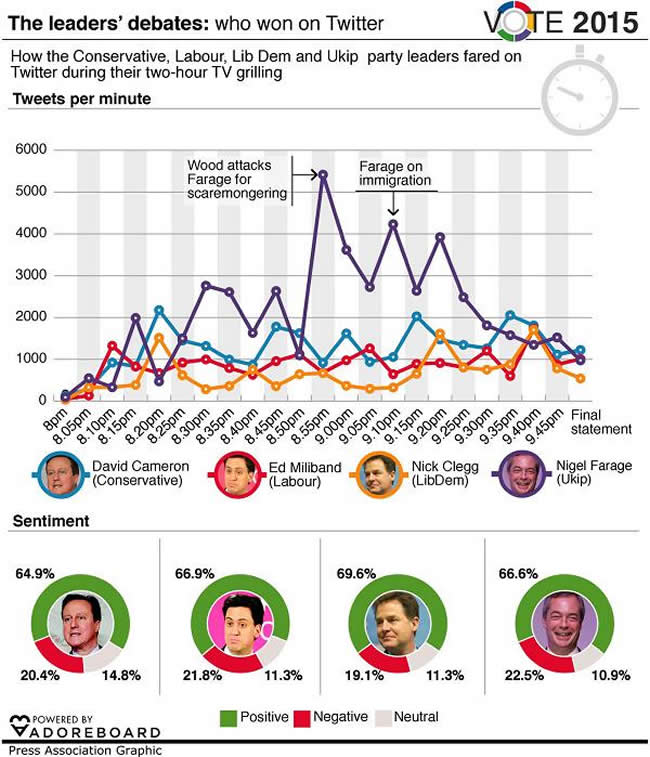 Leaders of the smaller parties all performed well on Twitter, in many occasions out-performing their larger, wealthier opponents. In particular, Leanne Wood of Plaid Cymru and the Greens, Caroline Lucas came across as Twitter champions. 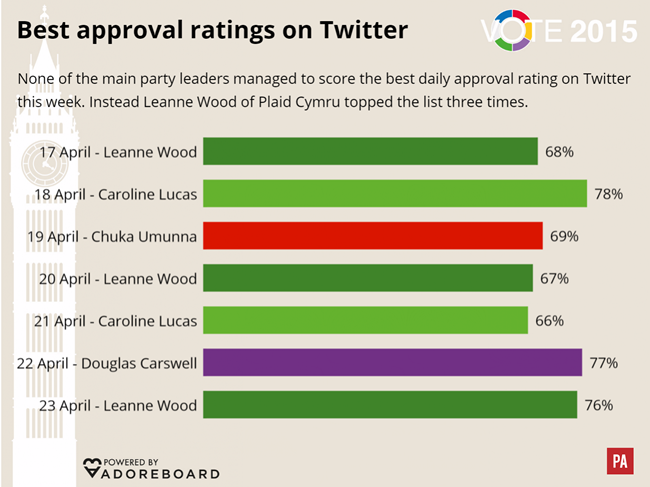 But overall, with a significant lead in terms of approval, positive chatter and 100% of candidates being on Twitter, it‰ŪŖs fair to say the SNP were leading the race on Twitter (2 weeks to go). 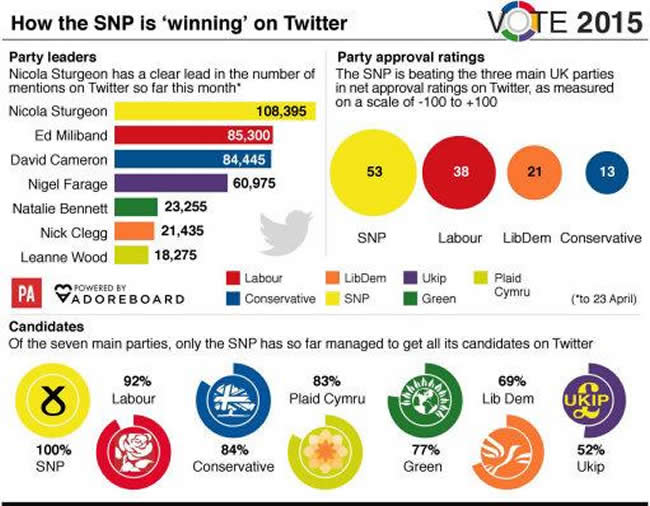 Labour had the edge during the first few weeks, but as we enter the final week, the Conservatives had closed the gap. 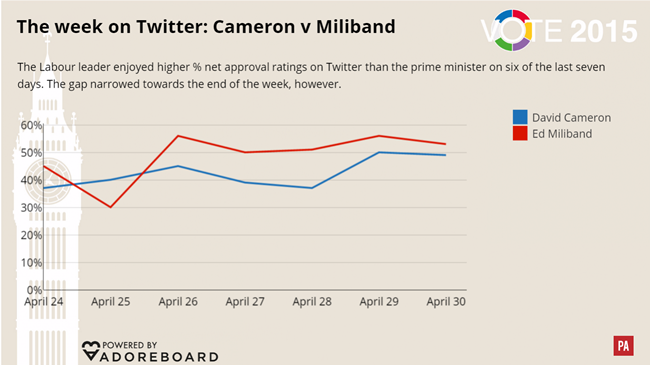 And as the final days closed in, it seemed Labour had retained their Twitter edge over the Conservatives. 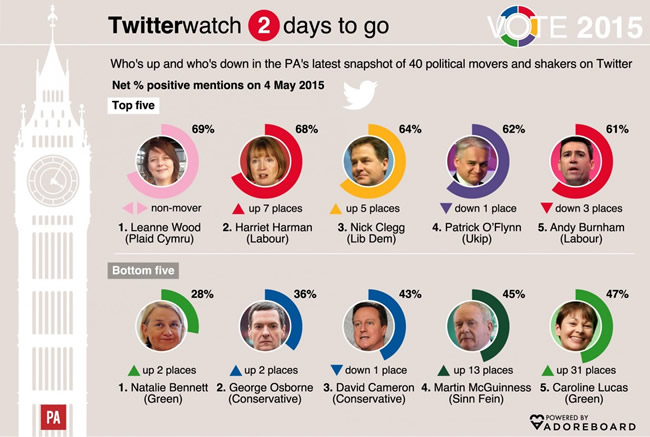 When we look at the numbers, on appearance it seemed that Labour had the edge. However, when we analysed for specific emotions such as Trust we could see theConservatives had the lead.

Throughout the campaign we could see that the Conservative focus on stability and appealing to people’s fear of uncertainty provided a narrative that the future is uncertain so vote for us and we can provide that certainty by completing the job. Voters in the end trusted The Conservative party to do this. 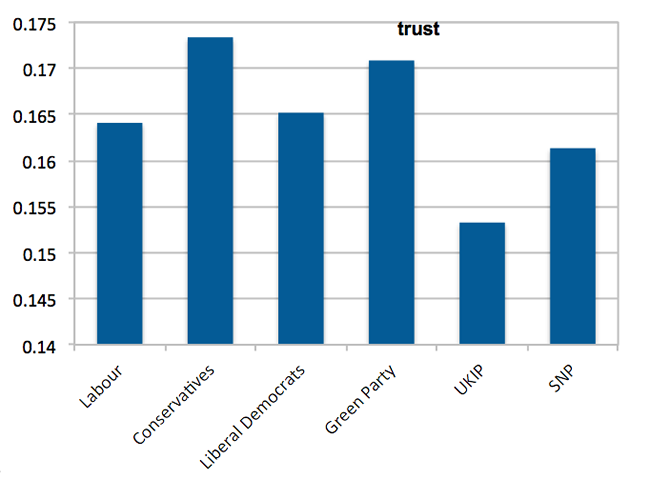 Adoreboard’s analysis provided an analysis of not only what happened on a minute by minute basis but more importantly why. 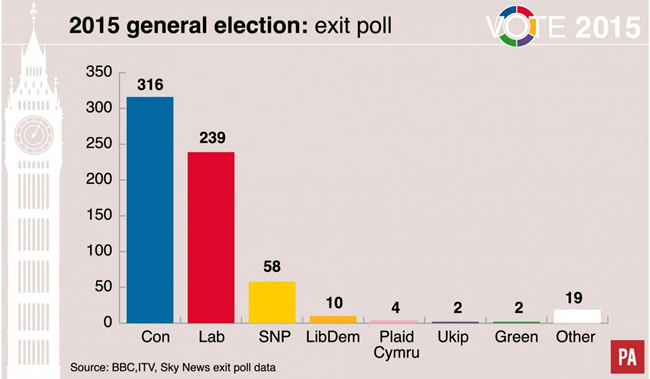